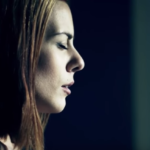 If domestic violence was an issue during a marriage, sometimes it will impact how a victim and his or her ex-spouse will be able to co-parent after a separation or divorce particularly in the first year after the split.

A recent study by the University of Illinois takes a closer look at co-parenting relationships in the year immediately following separation for couples with a history of intimate partner violence. The studies seeks to answer questions such as whether harassment continues following divorce and if parents emerging from domestic violence situations can support each other as co -parents.

It turns out that the type of violence a victim is subjected to, has an impact on co-parenting success. Couples who were involved in situational violence such as arguments escalating into physical abuse against a victim, for example, had better outcomes when compared to couples engaged in a relationship involving coercive, controlling violence.

Although victims of situational violence in marriage did continue to experience harassment and conflict during the first year, it was less than those who left controlling, violent relationships. It appears that parents who emerge from marriages where situational violence erupts are more able to work out issues after the divorce, allowing them to work toward co-parenting more readily.

In contrast, victims who had experienced coercive, controlling violence in their marriages continued to experience higher levels of harassment, conflict, and volatility from their former partners. A level of unpredictability played out for many victims who might experience high levels of conflict and harassment that sometimes improved or seemed better, only to worsen all over again. It is an unfortunate cycle of fear and unpredictability that undermines co-parenting success.

A history of domestic violence in a marriage can have a lasting impact on families in a divorce.  It is important that all parties, especially those working on behalf of the children, the victim and the abusive spouse, understand the effects that specific types of violence have on the ability to co-parent when making child custody assessments in a divorce. If you are seeking a divorce and have been a victim of abuse, it is important to work with an experienced family law attorney to represent your and your children’s best interests. Call the Waukesha Family Law Attorneys of Probst Law Offices for help today at 414-210- 3135.