You are here: Home / Domestic Violence / Leaving an Abusive Relationship 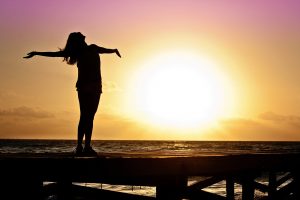 A pattern of abusive behavior between people currently living together, who have cohabited in the recent past, or who have children together constitutes domestic violence. It can occur between people of the same sex or opposite sex, but over 90 percent of domestic violence is directed toward women of all races, ages, and socioeconomic backgrounds.

Domestic violence can run the gamut and may include:

Domestic violence can include crimes against property, such as trespassing, vandalism or arson to withholding personal possessions such as a wallet or keys to a car. It can be directed at a person outside of the relationship such as a friend or family members and the children, all in an effort to gain control of the victim.

Every state offers a person who believes he or she is in imminent danger the right to request a restraining order, also referred to as an injunction, an order for protection, or a non-contact order. The first step is to get a temporary order, which can be applied for generally with an affidavit or sworn statement from a victim stating why he or she feels the need for protection. A judge will usually act on a temporary order the same day and set a hearing date for a permanent version. The temporary order may simply require a batterer to stay away from the victim, but may go so far as to divide property or grant temporary custody of the children and set visitation.

At the hearing, usually held within a short time, a victim will give sworn testimony as to why he or she needs permanent protection, providing any evidence or witnesses to support their claim of danger. The batterer will also have an opportunity to present his or her side of the story and may attempt to gain possession of the house or children. The judge will then grant or deny the permanent order. If the application is denied the first time, it is possible to bring additional circumstances to the court and reapply.

Perhaps one of the most unfortunate outcomes of not seeking help is passing on a legacy of domestic violence to children, who often wind up in abusive relationships of their own if the victim does not act. If you are a victim of domestic violence, it is important to seek immediate help. If you are in imminent danger, contact the police. If you are leaving an abusive relationship and have concerns regarding custody or your children, where you will reside, and where you can turn for financial support, contact the Wisconsin family law attorneys of Probst Law Offices as soon as possible for compassionate and experienced domestic abuse representation at 414-210-3135.